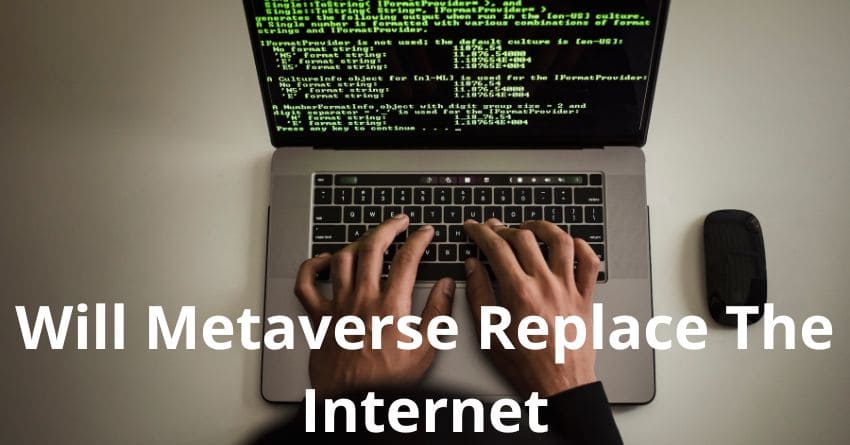 the internet is not just a network of computers that connects us to each other, it is also an ecosystem. This web of interconnected servers also drives multiple businesses and industries. In this age of the internet, it is hard to imagine our world without it. But what most people don’t realize is that the internet as we know it might soon undergo a major overhaul. The backbone of this change will be blockchain technology and how it will power something called the metaverse. In this article, we’ll take a look at how different industries will be affected by the metaverse, what changes can you expect when you use your social networking sites, and why the data-sharing features will be useful for users.

The concept of the metaverse has been around for a long time. In fact, it’s been part of science fiction since the 1950s, when Arthur C. Clarke published his famous novel and predicted that we’d be living in a world where everyone would be able to interact with each other in 3D environments.

The term “metaverse” was popularized by Neal Stephenson’s 1992 novel Snow Crash, which took place inside the virtual space known as The Metaverse—a networked system where people could use avatars and interact with friends online through various interfaces. This vision is now being realized with projects like High Fidelity and Sansar (which was recently acquired by Microsoft), which allows users to create their own virtual spaces where they can meet up with others for social activities such as playing games or watching movies together online

How massive social networking sites are

The metaverse is a virtual space in which users can interact with one another and share information, ideas, and experiences. It’s different from the Internet in that it’s not just limited to text or static images; instead, it allows users to create their own avatars (or “avatar”) to represent themselves in this virtual space.

And while Facebook may seem like the first thing that comes to mind when you think of social networking sites—with its emphasis on sharing personal information like birthdays and photos as well as keeping up with friends’ lives—it doesn’t quite meet all of our criteria for what makes up a true metaverse. That’s because although Facebook does have some elements of VR (virtual reality) such as 360-degree photography and video, these are more commonly associated with AR (augmented reality).

The biggest difference between the two? In AR apps like Pokemon GO!, users see real-world objects overlaid onto their screen via smartphone camera technology; but in VR apps such as The Sims 4®, users are fully immersed within an alternate reality where they interact directly with other characters without ever leaving home!

How blockchain technology is a part of the metaverse

With blockchain technology, you can store data in a decentralized way. With a platform like Metaverse, you can share your digital assets with others. You can transact with other people without any middlemen interfering or taking a cut of the action. And there’s no need to worry about your information being hacked or stolen as it’s stored in a secure system that only allows access to those who have permission to see them.

How different industries will be affected by the metaverse

In the same way that social media has affected other industries, it’s likely that the metaverse will have a similar effect on these industries. However, due to the immersive nature of the metaverse, their effects could be more far-reaching than we can imagine.

For example, e-commerce sites like Amazon and eBay have already shifted from being exclusively online stores to being virtual storefronts in the metaverse. Imagine a world where you don’t need to go anywhere to shop for items you want—you can simply visit one of these virtual stores from within your own home! This would eliminate travel time as well as reduce shipping costs for both customers and businesses alike by allowing them to cut down on packaging materials such as cardboard boxes or plastic wrapping paper. In addition, this could also make shopping experiences more enjoyable because customers won’t have to worry about parking their car at crowded malls during busy seasons like Christmas or Black Friday sales events anymore!

Similarly enough with social media platforms like Facebook​: if people were able to interact with each other face-to-face while using VR headsets instead of having conversations over text messages (or worse yet – phone calls), then perhaps they wouldn’t feel so detached from others anymore​? This could also lead to more positive outcomes such as increased empathy between individuals due to shared experiences happening within real spaces rather than digital ones (where oftentimes there is the little context behind what someone else might say).

How data sharing feature is useful for users

The data sharing feature is useful for the users, businesses, government, military, and police.

The data sharing feature is useful for the fire department too.

The metaverse is gonna replace the internet

You’re probably wondering, “How will the metaverse replace the internet?” The answer is simple: it will be a virtual world and environment where people can go to interact with each other. It’s not just about watching videos on YouTube or playing games in VR but also about interacting with other people in fully immersive environments.

How can anyone not get excited about a metaverse that is already on our doorstep, with all its features and all the benefits it has for us, I think we should be looking forward to the future.